Breaking news! For the first time in the history of Germany a verdict of the Federal Administrative Court allows a single patient to grow his own cannabis - of course for medical and personal use only. This permission is a huge relief, but also a big surprise.

It is important to understand, that German medicinal marijuana program has started only few years ago. Now it collects over 900 patients who can legally use cannabis for treatment their afflictions. There is also a special supervising regulatory body on watch, which control if the patients buy marijuana from a trusty source. That’s because they are allowed to purchase medicinal cannabis only from the pharmacies.

Everything has changed because of a Michael F.’s stubbornness. He is a patient living in southwestern Germany and suffering from multiple sclerosis. During the last 16 years he has filed numerous lawsuits, looking for a permission to cultivate his own medicinal cannabis. His main motivation was extremely high monthly cost of such products in the pharmacies. Michael F. just couldn’t afford to buy marijuana, while he needed it so much to manage his exhausting symptoms. He has to deal with speech disorders, spastic paralysis and depressive disorders everyday. All of that is hard enough, but the costs of medicinal cannabis estimated of 1,500 euro are unbearable as well.

Michael F. got his response in April 2016. Germany’s Federal Administrative Court decided that he can grow his own cannabis, harvest the drug and then take advantage of it during his treatment. Government’s medical regulatory body called BfArM had no option but respect this verdict. In October the Federal Institute for Drugs and Medical Devices confirmed, that stubborn patient had received his temporary permit. Michael F. can cultivate marijuana for personal use in his own bathroom till June 30 next year. On that date the permission will expire. Of course, there are some special conditions, like limitation of breeding to 20 cannabis plants and a few security demands. First of all, the patient had to strengthen the front door and install a grating in his windows. These safety precautions were necessary if he wanted to start his own cultivation. Michael F. case is a true breakthrough in Germany’s law history - neither the court nor the federal agency have never allowed to anything similar. 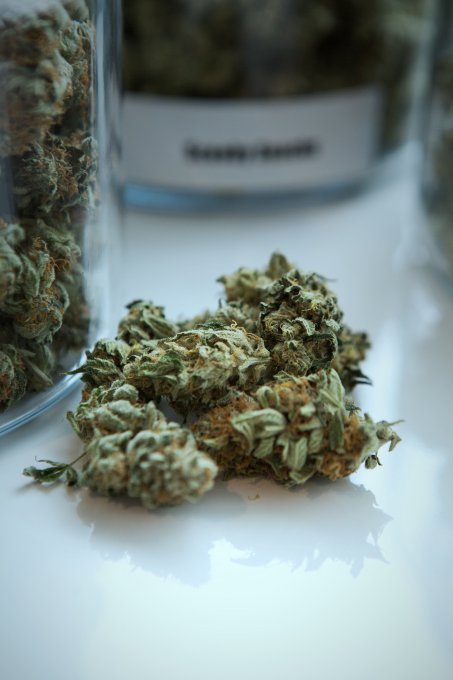 Unfortunately, one verdict is not a rule. Rest of patients involved in Germany’s medicinal marijuana program are still required to buy cannabis straight from the pharmacies. The main problem of such politics are the high prizes. Ill people have to cover the entire costs of products which they purchase. They have no relief in respect of health insurance, and the money we are talking about is quite serious. Only one gram of cannabis costs patients close to 15 euros. Cultivating at home, medicinal marijuana is much more cheaper.

The problem is even more complicated. A spokesperson from Federal Institute for Drugs and Medical Devices claims that only between mid-March and May they got over 130 applications similar to Michael’s. Patients from all across the country are seeking for the same kind of permission. For that moment none of the requests have been granted by a hoped-for authorization.

A law which is currently respected in Germany allows using medicinal cannabis for the treatment purposes in various cases. The most popular illnesses among them are AIDS, cancer, Parkinson’s disease, Crohn’s disease, multiple sclerosis (Michael F.’s one), glaucoma, asthma, depression, hepatitis C and arthritis. If any patient want to try medicinal marijuana, he has to seek a special authorization. Without in he cannot purchase or take any drugs based on cannabis.

Interestingly enough, earlier in 2016 Hermann Gröhe (Health Minister of Germany) presented the project of legislation cannabis on a big scale. A draft allows pharmacies to sell cannabis extracts and dried flower buds. The Bundestag and the federal government agreed to bring it in near early 2017. Once the new law catches on, health insurance will also cover some of the costs of medicinal marijuana. If it’s actually implemented, the permission for home cultivation given to Michael F. will naturally run out.