The world cannabis industry is dramatically growing in such a various countries like The Netherlands, Canada, Uruguay, Israel or a huge part of United States of America (22 states to be exact). In these countries it is allowed to sell marijuana legally, but in some of them there are still many unnecessary restrictions which restrict the further development of the marijuana industry. For example, in some states it’s still impossible to fully profit from health, economic and social benefits provided by cannabis business. Let’s take a good look at particular countries and draw proper conclusions.

Americans have the largest marijuana industry all over the world. Some people say that it’s the biggest business in the whole country. Did you know that the American companies have invested 50 million dollars for this purpose since 2014? As it wasn’t enough, researchers for iCAN expect, that this industry is going to develop further and by 2020 its value will grow up to 20 billion dollars. This spirit has put USA in the spotlight - it draws attention similar to a situation in the Netherlands. Citizens of twenty-two states where full legalization is already present are actively demonstrating for changing the law in the rest of the country. They claim that legalization gives extremely high profits and it cannot be overestimated. Considering that the underground marijuana business in the United States is priced at 41 billion dollars, there’s a lot to be done to change black market to the fully regulated industry. It’s a worth investment though – the benefits will certainly compensate the whole effort.

Federal legalization for the rest of the states could make from USA the fastest growing marijuana market in the global scale. It will result in a large decrease it the need of engaging a drug law enforcement. What’s also important, such a huge business will generate far bigger income from the taxpayers’ money. Just a quick look at the Dutch situation proves, that marijuana tax revenues are estimated at 400 million dollars per year, which is quite a significant amount. Only in the Colorado State this income is around 85 million dollars. And to put that in perspective, in the countries which have not reaped the money benefits of increased tax revenue – just mention Israel, Uruguay or Canada – the situation is clearly different. 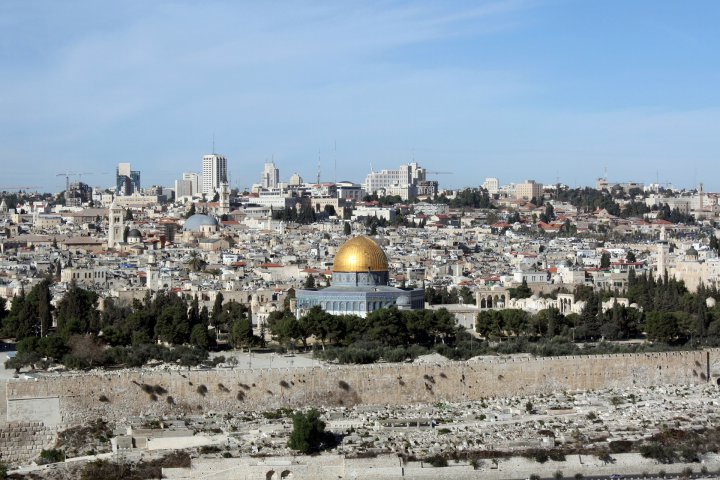 The case of Israel

Israel have legalized medical marijuana but it is still facing many problems with cannabis law regulations. It’s though important to stress that Israelis are making an innovating and extensive research. On their relatively small market (valued at 20 million dollars) medical use is fully allowed, but using marijuana for recreational purposes is still legally forbidden. If a patient wants to but some medical cannabis he needs to get a special permission first. Such an acquiescence is always required and to get it the patient has to suffer from very serious ailments. The numbers speak for themselves: there are about 25 thousands of Israeli patients who were treated for bad conditions during last year. At the same time only 2,300 of them were lucky enough to get the permission for legal marijuana use.

Another meaningful difference between American and Israeli patients is an attitude of the patients. In the USA people are often use marijuana to treat less grave conditions, including migraines or anxiety. In the Israel citizens are not as likely to consider such medicine in situations similar to mentioned above. Maybe it’s because they are not aware about various positive effects provided by cannabis consuming. Probably the main problem is the lack of education in this matter. Increasing the awareness about possibilities stemming from using marijuana – that’s the main thing that has to be improved, so the industry could progress visibly faster.

Another thing which should be point out is the fact, that relatively small Israeli market is the effect of comprehensive research which is practiced in this country. Distributors are co-working with expensive scientific institutions: in Israel they want to trial and develop the best possible strains which will be totally unique and which will treat some specific disorders and illnesses. Considering that attitude it’s not so strange that their market is not as big as American (which is valued at 5,4 billion dollars right now). It’s really important to bring out that Israeli marijuana is better classified and much better regulated.

The ‘Vanguard of social reform’ was done in Uruguayan country back in 2013. It was a very brave step if it comes to Latin America’s reality, though last three years have passed without any significant grow of marijuana industry. Citizens of Uruguay have to wait a little bit more to see commercialization’s effects and buy regulated medicinal cannabis in any pharmacy. The new reform is breaking the surface slowly but yet there are some benefits which can be noticed right now. First of all, legalizing a self-growing marijuana have resulted in a noticeable reduction of narcotics’ trafficking. Secondly, the scale of selling hard drugs (including cocaine) is relatively smaller. In addition, there are a lot less drug-related crimes recorded, and the consumption of marijuana is much safer in general.

Unfortunately, the Uruguayan government doesn’t use this situation as much as it should. The country could take huge benefits from the legislation if it wasn’t acting so slowly. Nowadays the only one who are getting reach are those who cultivate and distribute marijuana on their own. As president of Uruguay claims, the most important advantage of the new policy is a possibility of identifying the consumers. Having their names, they can help them without criminalizing them and putting them underground at the same level as drug dealers. It should be more about caring than washing hands of any responsibility.

There is no doubt, that the Uruguayan marijuana industry could be reformed more quickly and effectively. Now the government is focusing on commercializing cannabis and starting selling them in the common pharmacies as soon as it’s possible. The main goal is to enable a legal access to marijuana for all of the citizens. Now it’s only the privilege of 6 thousands of people who cultivate cannabis or are assigned to the cannabis clubs. There are over 160 thousands of customers foreseen if the common access to marijuana will become unblocked. Once they finally manage to improve this infrastructure, a potential boom within cannabis industry can easily be foretell.

Canadian marijuana industry is in some way similar to Uruguayan. Before a significant reform ran in 2011, people had acquired drugs illegally. That was an important cause of increasing influence of black market. Prohibition wasn’t a solution: it was the reason why distribution of unregulated, high potency and (potentially) damaging products was escalating on the street. The legislation has changes everything. Now popular grow-shops are selling marijuana from reliable source along with high-quality by-products like hashish. Another direct effect can be seen in the noticeably lower prices of such products. Simultaneously a huge part of this business still runs illegally and people who break the law are not convicted, so there’s a lot to be done.

Canada’s marijuana industry is a big one. It is predicted that by 2020 its value will reach about 1,1 billion dollars. If the government will take some steps on the way to regulate and distribute cannabis, it will grow up to 2,5 billion dollars. In that matter Canadian politics has a lot in common with America’s one. The authorities should focus on finding a way to assume the profits from black market and take the profits from additional tax revenues. Now the situation is very complex – the current reform has managed to ease the development of the cannabis industry (analogous to Uruguay), but there is a strong need to implement some further reforms. In Canada there are over thirty legalized dispensaries actively operating. In 2014 Marijuana Seeds for Medical Purposes Regulations passed the regulations which allow to buy, possess and use cannabis oil and dried bud on the grounds of prescription.