Breaking news! A new study has revealed the uplifting thruth about the American physicans’ approach to the apparition of patient’s marijuana use. It turns out that they are not concerned about this phenomenon at all.

The shocking results of a new research published in PNAS (shortcut for Proceedings of the National Academy of Sciences) are showing that doctors are not worried about practice of using marijuana, which is popular among their patients. At least specialists from the United States of America don’t – we can’t be sure about doctors from other countries, cause the study has involved a limited territory.

The research was conducted by scientists from Yale University - Matthew N. Goldenberg and Eitan D. Hersh. They’ve introduced nine hypothetical habits of patients to 233 primary-care doctors working in 29 states. Each of them had to value the danger level of every behavior in a given scale from 1 to 10 points. From all of nine kinds of behavior physicians pointed marijuana use out as the least threatening situation for patient. Actually cannabis tied with previous abortions – both of them was rated at average score of 5.7. Within the most threatening hypothetical circumstances the doctors have put far more disturbing habits, including having intercourse with prostitutes for a few times per year and riding on motorbike without a proper helmet (both of them have received 8.4 note). Going further, depression and tobacco use were rated at 8.2, so as a little bit higher than using the alcohol (7.8 score) and firearms at patients’ home (7.4). All of these hypothetical circumstances were valued as more pressing and much more hazardous than common and rather safe marijuana use.

One can ask about the reasons of such a lack of concern. Actually, decision made by 233 doctors is not as surprising as it could possibly be. Fortunately, awareness of therapeutical effects provided by medical marijuana is raising every day.

A poll done by WedMD/Medscape back in 2014 demonstrated that a huge part of doctors (80 percent of them, to be strict) truly believes in benefits from using medicinal cannabis. As it wasn’t enough, they support the idea of marijuana’s legalization. In the early 2016 it has also an inspiring project started. A group of physicians have formed an unpaid, non-profit organization just to support guiding the expansion of cannabis recreational legalization within the nation. 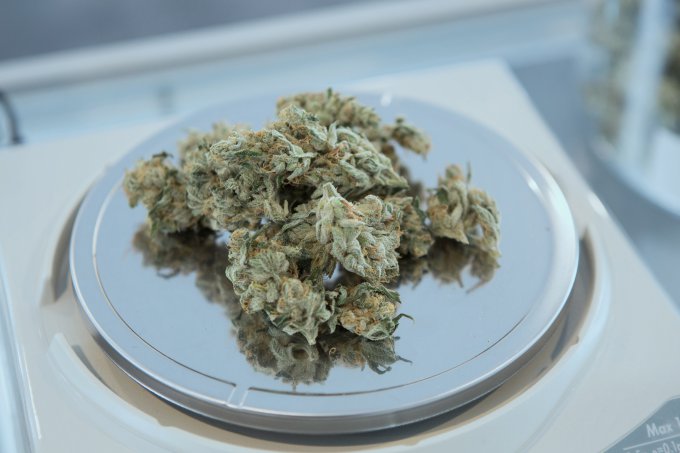 Over the last years marijuana use become more common and more available possibility. In the United States of America there are already twenty-five states where medical marijuana is allowed. Furthermore, four states let their inhabitants use cannabis even for recreational purposes. Numbers speaks for themselves: more than 86 % of all American citizens live in the areas where legal marijuana use is possible at least at some degree. Let’s take a look at another poll, provided by Gallup this time. It reveals that approximately 33 million of adults in US presently use marijuana. It’s quite an impressive amount, isn’t it?

Going back to Proceedings of the National Academy of Sciences’ study, its purpose was to ascertain if the politics influences what circumstances they consider disturbing and worrying. Researchers had to settle physicians’ affiliation and compare it to the answers. They were also considering many different factors, including age, gender, patient population, religiosity and geography. The doctors participating in the experiment had no idea about that. It turns out that political attitudes of the physicians did affect their answers, so there is a strong connection between these two spheres. It means that a partisan bias could affect the way patients were treated by the primary-care specialists.

The conclusion of this study is simple: Republican and Democratic doctors had extremely different sight at the health issues. They proposed disparate treatment plans and they expressed their worries in another way. Political affiliation was the main factor during deciding about three politicized health affairs: not only marijuana, but also home firearm storage and abortions. Physicians with Republican set of beliefs were more likely explaining to their patients that they should cut down marijuana use because of health and legal risks. The same doctors were more concerned about having abortions in the past; at the same time Democratic physicians were much more worried about having guns in patients’ houses.